Painted Rock © Lynn Wiles 2019
I have no idea what the symbols mean, but I thought it was interesting. 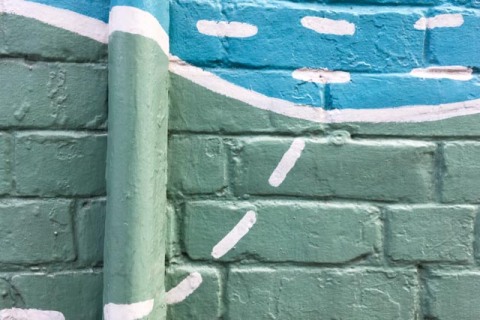 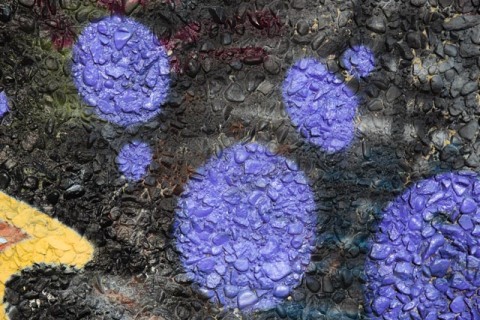 Purple Polka Dots © Lynn Wiles 2017
A little frivolity for Valentine’s day (that you may have seen days ago for a moment in your in box).

Abstract Art © Lynn Wiles 2017
A detail of graffiti under a bridge looks like it could be found in a modern art museum.

Crack & Moss © Lynn Wiles 2017
One big cracked rock with some moss, lichen, and graffiti too. 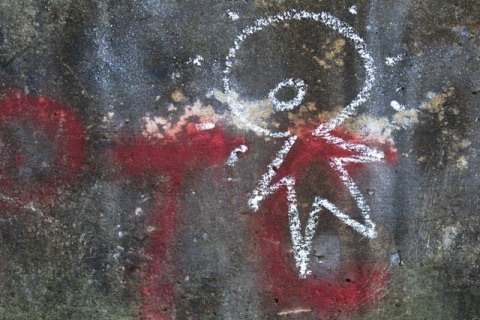 Speaking of Aliens © Lynn Wiles 2014
I found one. It’s been a weird week, but there’s a three day weekend coming up and that is always a good thing.

Do You Know The Way To San 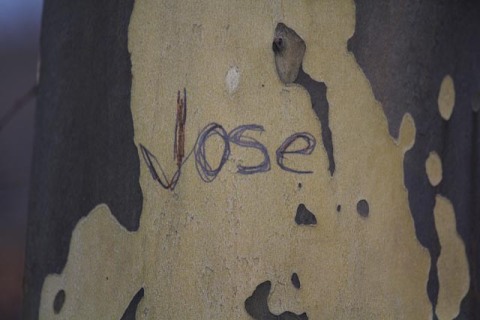 On the Rocks © Lynn Wiles 2013
More graffiti and another seam on the rocky underbelly of a bridge. On this sixth day of the current heat wave, we do not have a Heat Advisory, instead it’s an Excessive Heat Warning with an Air Quality Alert.

Seamy Green © Lynn Wiles 2013
Graffiti in green with a seam.

You are currently browsing entries tagged with graffiti at Lynn Wiles.