Deception © Lynn Wiles 2021
Still photography can be deceptive. It was a visually beautiful spring day yesterday, but there were 50 mph winds. I was surprised I was able to get a still photo.

Maple View © Lynn Wiles 2020
This is one of the trees I admire while at the dog park. 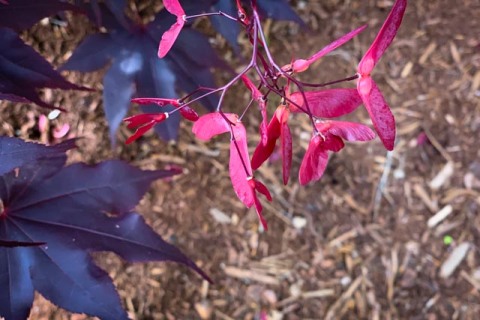 Pink and Purple © Lynn Wiles 2019
I’ve walked by this bush / small tree many times, but this is the first time I have seen some samaras in a rather shocking pink.

Contrast © Lynn Wiles 2016
I have decided to keep this blog as a site where people can hopefully find a sense of peace and an occasional smile rather than turning it into a political blog. And in another part of my life, I will step up actions to try to save the beauty that surrounds us.

Maple and Birch © Lynn Wiles 2016
It wasn’t supposed to rain yesterday, but it did. Despite the rain, I have to say that I felt privileged to walk amongst the beautiful autumn trees.

A Hole in One

A Hole in One © Lynn Wiles 2016
The brightly colored maple leaf looks out of place on the green and has a significant hole. 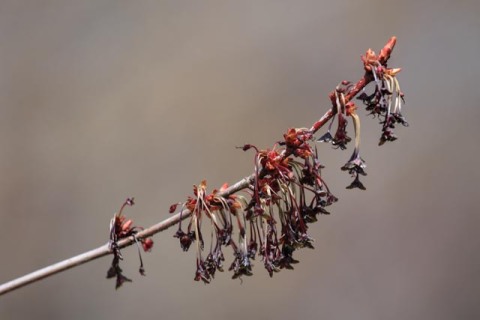 Frostbite © Lynn Wiles 2016
I was saddened to see the damage the recent cold did to the budding maples.

You are currently browsing entries tagged with Maple at Lynn Wiles.