Lobster Jaw © Lynn Wiles 2017
And this is actually a piece of plastic I found sitting on the ground. 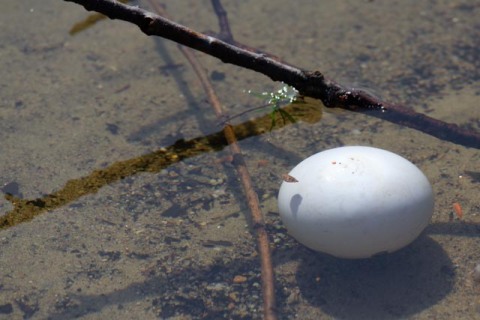 The Lost Egg © Lynn Wiles 2015
I pondered the large white egg in the newly liquid lake. Did a person put it there or was it the egg of a water bird? When I uploaded and greatly enlarged the photo, it clearly stated the brand name Wiffle on it. A ball and not an egg at all. 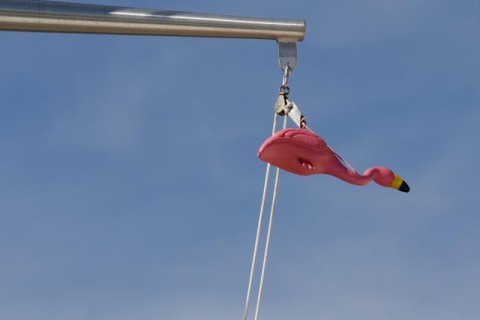 Flight without wings © Lynn Wiles 2015
or without feet either. Holy flying flamingo.

The Itch You Can’t Scratch.

I was having a hard time contemplating nature around me yesterday, while walking with a cone head in an Elizabethan Collar made in Denmark (so international). The vet said that lots of dogs and even cats around here have come down with allergies in the last month. The cone is to help him not scratch and it is a lovely accessory. 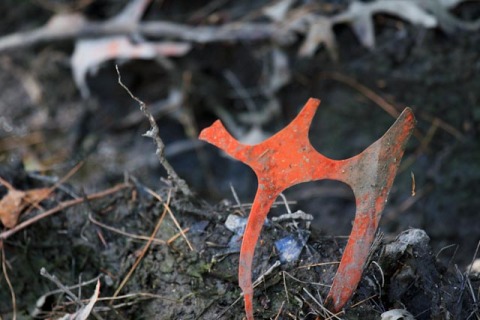 In the muddy truck tracks, a bit of construction fencing was standing erect, looking like a mini sculpture in the muck. 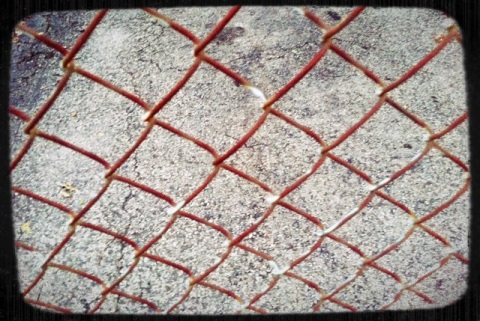 From rusted chain link to plastic woven fencing, add some effects and a border and they become something else. 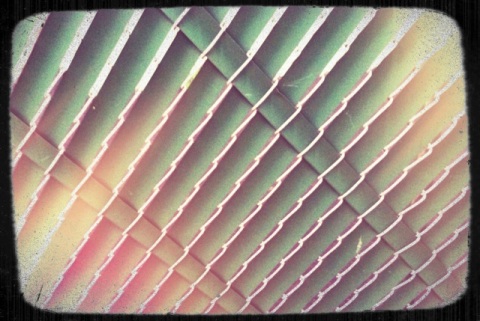 Feeling blue and trapped anyone? 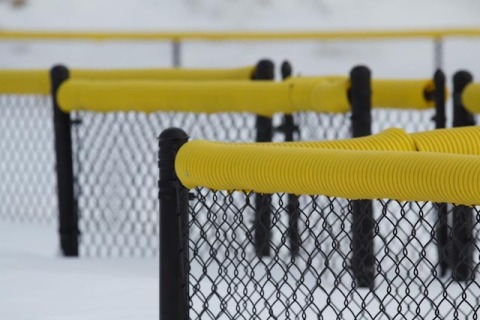 Another Drain & A Pain 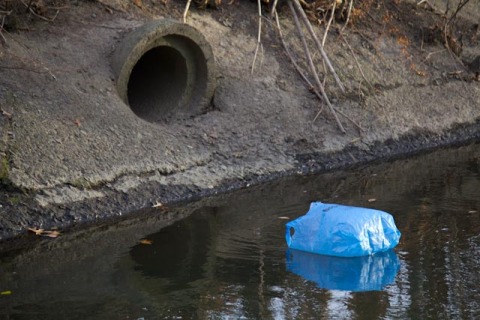 A plastic bag floating down the brook that will degrade in about a thousand years.

Sometimes when I get home from my walks, upload my pictures and go through them there will be a surprise that I hadn’t noticed while I was out shooting. In this case, the fishing bobbin hanging amongst the berries.

You are currently browsing entries tagged with plastic at Lynn Wiles.